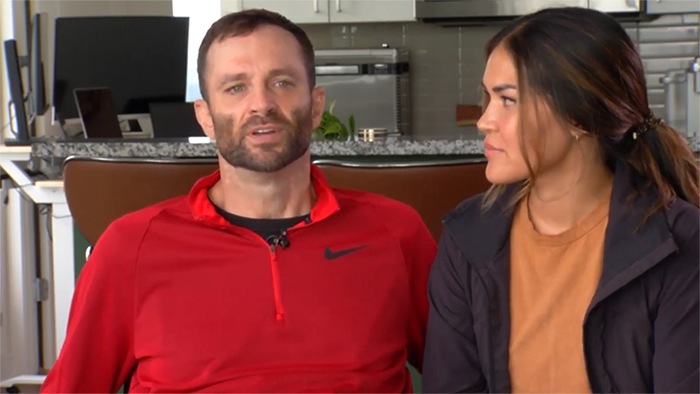 For the past decade, researchers at the Kentucky Spinal Cord Injury Research Center have studied the impact of epidural stimulation, which is a small amount of electrical current applied to the spine, on people with spinal cord injury. The technology has gotten better over the past few years, and now some patients are achieving what most believed would never be possible. One man celebrates his personal victory over paralysis, one milestone at a time.

Jerod Nieder remembers the exact moment his life changed forever. December 18th, 2011. He was on vacation with his family in Mexico. “It was the first day of the trip. I went running down the beach to dive into the ocean and dove right into a sandbar,” Nieder told Ivanhoe Newswire. The damage to his spinal cord was done. “The doctors told my family I would never feed myself and to just prepare for this to be the rest of my life,” Nieder said. Jerod refused to accept that. He and his mom began searching for cutting-edge rehabilitation.

At the Kentucky Spinal Cord Injury Research Center, scientists use programmed electrical stimulation to help patients stand and control their core. Jerod is one of 38 patients with a stimulator inside his body. “The electrode is a 16-electrode array. It contains 16 contacts, and it is implanted in what’s called the lumbar sacral spinal cord,” Claudia Angeli, PhD, director of the Epidural Stimulation Program at the University of Louisville, explained. “Research has shown that the spinal cord circuitry for locomotion exists. We’re not inducing the movement, we’re just generating a constant stimulation, so we’re raising the level of excitability and raising the volume of the spinal cord. Then, the brain can just send the signal of extending the knee and then the spinal cord organizes that and generates extension. We’re not inducing that extension. If the command from the brain doesn’t say “extension,” then nothing happens. So, the same way works with the cardiovascular system, as well as, bladder functions, it’s just raising that excitability for integration.”