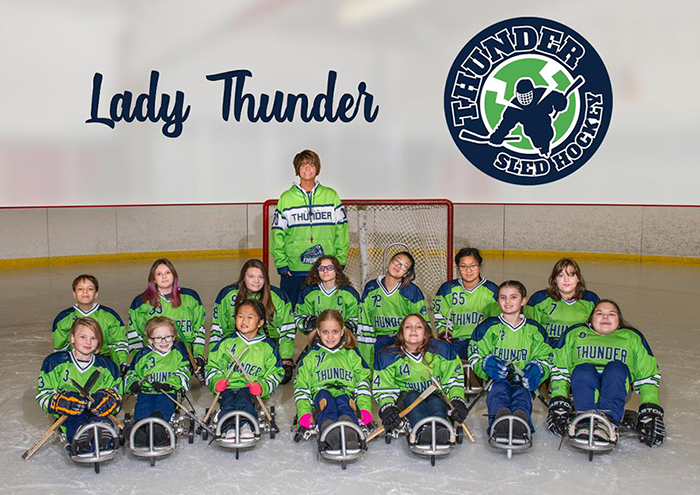 In March, 2022 during a hockey tournament, a team will take the ice that will be the first of its kind in the United States.

At the 2022 Griff’s Sled Hockey Classic in Grand Rapids, MI, the Central Illinois Thunder Youth squad will be represented by an all-girls team. It is believed this is the first all-girls/women sled team in the United States, besides USA National teams, to compete in a sanctioned game.

The Thunder play sled hockey. In Sled/Sledge/Paralympic Hockey, players with a variety of physical limitations that prevent them from playing traditional stand-up hockey participate with in special sleds. Standard hockey rules apply.

Led by captain Abbie Knudsen and goalie Lily Kohtz, the Lady Thunder will compete against boys/co-ed teams in Grand Rapids but hopes to be able to face off against other girls teams, soon.

Learn More about the Association