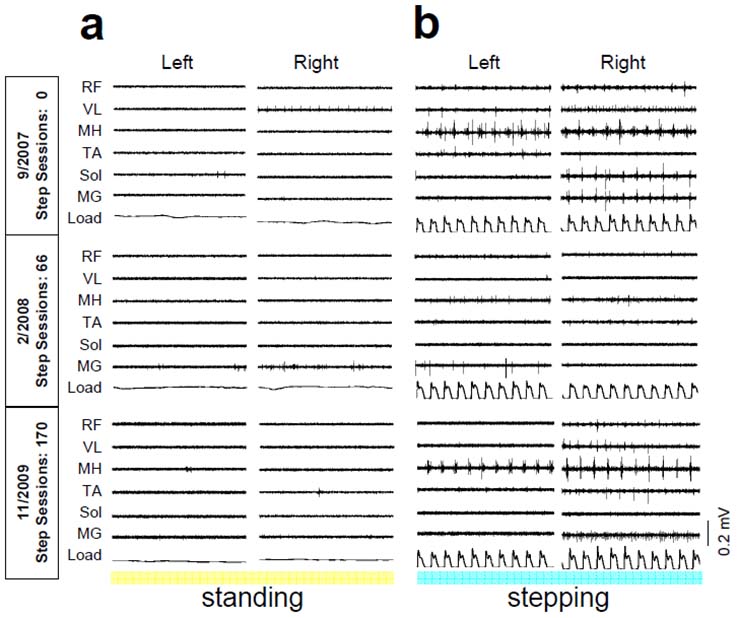 Before implant is placed in the subject, the subject goes thru Locomotor Training including:

There are Three time points over  two year period; during the pre-training subject has had:

The output of the spinal circuitry can be sufficiently modulated by the proprioceptive input to sustain independent standing
EMG activity increases in amplitude and becomes more constant bilaterally in most muscles with independent standing occurring at 8 V. 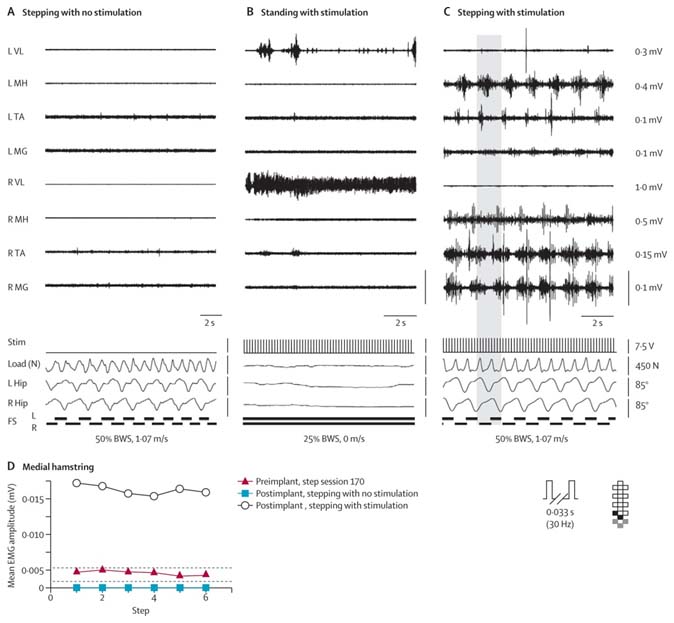