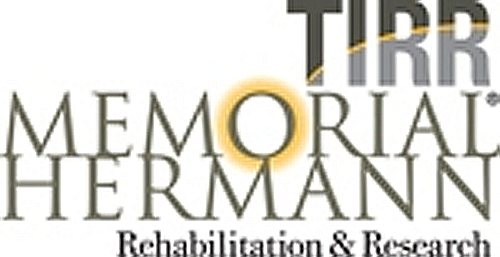 In November 2004, Ginger Garrett suffered a spinal bleed caused by a cavernous hemangioma lodged between her 11th and 12th thoracic vertebrae. Immediately paralyzed from the waist down, Garrett thought she would never walk again. Today, thanks to locomotor training at TIRR Memorial Hermann, she’s taking steps on her own.

Garrett’s journey back from paraplegia has been long and arduous. In the beginning, there 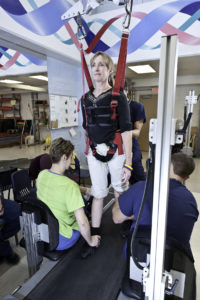 were struggles with insurance. After she learned that her insurer wouldn’t pay for inpatient rehabilitation, she spent two months in a skilled nursing facility. She underwent surgery to remove the tumor six months later at the Mischer Neuroscience Institute at Memorial Hermann-Texas Medical Center in Houston.

About a year after her surgery, Garrett connected with DARS, the Texas Department of Assistive and Rehabilitative Services, who referred her to TIRR’s outpatient rehabilitation program. Under the care of Gerard Francisco, M.D., chief medical officer at TIRR Memorial Hermann she was given botulinum toxin- A injections to decrease spasticity in her right foot. It was during a visit to the Center that she learned about the Christopher and Dana Reeve Foundation NeuroRecovery Network (NRN).

“Several students of Dr. Francisco’s were asking me all kinds of questions, and so I vented,” says Garrett, a high-school biology teacher. “I remember saying that I felt like I’d been forgotten, that I was unhappy because no one seemed to care. I was the squeaky wheel that day. The therapist in charge of questions left and came back with Marcie Kern, P.T., who told me about the NeuroRecovery Network.”

“When Ginger started NRN, she was ambulating with bilateral Lofstrand crutches and bilateral ankle-foot orthoses,” says Kern, NRN clinical supervisor. “She’s had lots of ups and downs throughout her therapy course due to orthopedic issues. Early on, she developed a stress fracture. Then she developed Achilles tendonitis and plantar fasciitis. She’s also had some knee pain. But despite her various injuries, she’s continued to make forward progress.”

Garrett’s first big accomplishment was weaning off the braces. Thanks to increased strength and control in her ankles, she’s now able to walk fulltime without the use of ankle braces. She’s also increased her gait speed and endurance, and two special canes have replaced the Lofstrand crutches.

“Ginger continues to make progress,” Kern says. “She’s a hard worker and is very motivated. Her strength has increased to the point that she can step correctly with proper alignment and use the appropriate muscles, with less compensation. Her overall standing balance is improving as well. My goal for her would be for her to be able to walk at a more normal gait speed using two canes, with good upright posture and alignment.”

Garrett is pleased with her progress. “I can’t say enough good things about the people at TIRR Memorial Hermann,” she says. “They’re fun to work with, dedicated to what they do, and they really care. I’m hoping to walk out of here.”